The Asus Zenfone 3 Deluxe specs remains same as with what was announced at the Computex Taipei conference 2016 except the inclusion of the Snapdragon 821 processor. Just incase you missed it, here are the specs: invisible antenna line, all metal-unibody built, designed with a 5.7-inch Super AMOLED  1920 x 1080 full HD display, with to 6GB of RAM and an internal storage capacity that is up to 256GB (UFS 2.0, expandable via microSD for an additional 128GB) running on the latest Snapdragon 821 processor (Already told you that). The Zenfone 3 Deluxe is furnished with a 23-megapixel camera with laser and Tritech auto focus which is shake free, comes also with the fingerprint sensor, a USB-C 3.0, Android Marshmallow and powered by a 3,000mAh battery. 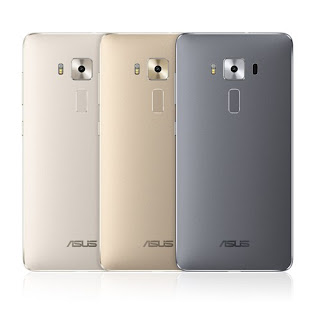 Zenfone 3 Deluxe is available in several colours such as silver, grey and gold and it is yet unclear when it will be available in the market but with speculations, we could have it available by end of August or early September.

Zenfone 3 Deluxe will available in two model and will be priced at almost $800 for the model that is fully packed with the 6GB of RAM, 256GB internal storage, dual-SIM and the 2.4GHz-clocked Snapdragon 821 spec while the other with lower spec running on Snapdragon 820 processor will be available for purchase within the range of  $500 to $560.