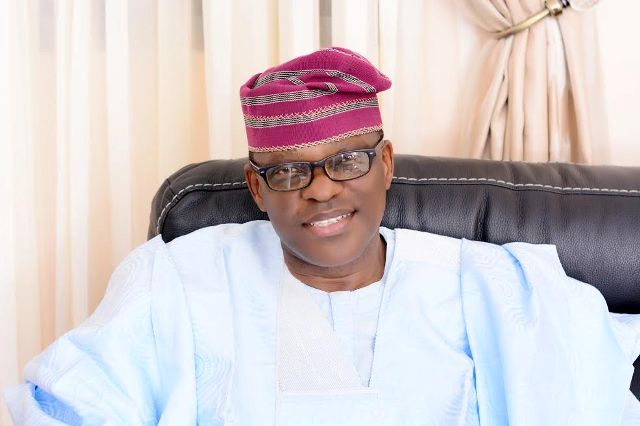 Mr Eyitayo Jegede, a contestant of the Peoples Democratic Party in Ondo State has said the deputy governor of the state, Mr. Agboola Ajayi’s defection to PDP has demontrated that the APC has collapsed.

The deputy governor of the state had decided to leave APC and join the opposition party, PDP.

The former Attorney General and Commissioner for Justice in the state has confirmed that the party is open for anyone who wishes to join, including the incumbent Agboola Ajayi.

Jegede, who spoke with journalists at the party secretariat, in Akure, the state capital after meeting with party members, said they’ll welcome Akeredolu’s deputy if he wanted to join the opposition party.

The candidate of the party in the last governorship poll said the planned defection of Agboola Ajayi showed that the ruling All Progressives Congress in the state had collapsed.

He said, “If APC was and is good, Agboola Ajayi would not leave the APC. If PDP is bad, he would not say he is coming to the PDP. So the fact that he is leaving and he is interested in coming to the PDP has demonstrated again that the APC has collapsed and he needs to look for a good house.

“He has found that PDP is a good house. So he is welcome because we are looking for people. The party constitution is very clear. He would go to his ward and register. If he wants to contest, he will go to the National Working Committee and seek a waiver, when he finishes that, he would come here and pay administrative charges. When he has done with that, he would pay for the nomination form.

“When he is done with that, he would now go and campaign and explain to people what is he bringing afresh to the PDP and electoral delegates would decide who will fly the flag of the party, but I can’t be threatened by his coming.”