Pen Cinema Bridge Will Be Ready In November 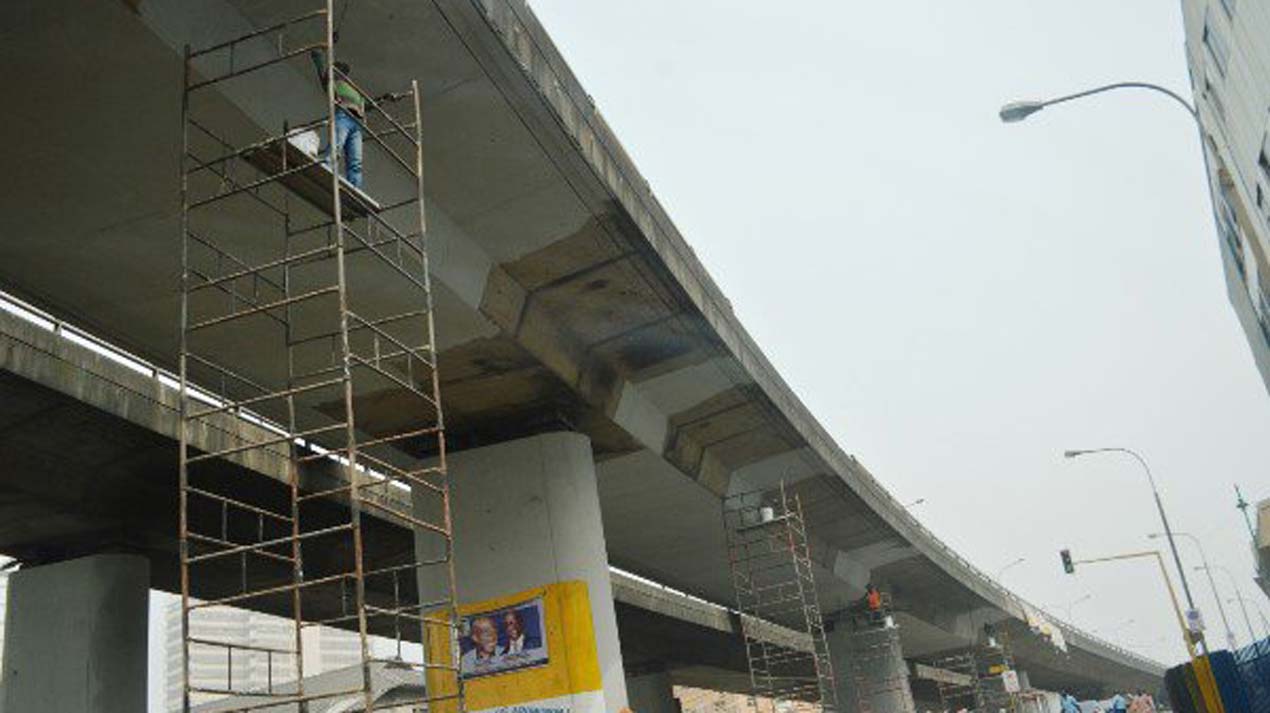 The Lagos State Government on Wednesday said it will complete and deliver the Pen Cinema Bridge by November, 2020.

Special Adviser to the Governor on Works and Infrastructure, Mrs Aramide Adeyoye made this known while rendering account of the activities of the Ministry in the last one year.

“The construction of Pen Cinema flyover and access roads in Agege, currently at over 50% stage of work is scheduled for completion in November this year 2020.

“On completion, the flyover is expected to resolve the perennial traffic gridlock in Agege and its environs,” she said.

Adeyoye listed works carried out by the Ministry during the period under review to include continuation of projects embarked upon by the immediate past administration such as the Agric-Isawo road, Igbogbo-Igbe road, completion of 31 network of roads in Ojokoro LCDA, network of roads in Badagry and Alimosho Council areas as well as maintenance of existing Infrastructure across the State

She said the administration had also embarked on new projects, including the Ijede road, the 10km 3-lane Lekki regional road and the 4th Mainland road.

Adeyoye made known that most of the new projects embarked upon were in conjunction with the THEMES agenda of the current administration and also in line with the Lagos strategic development master plan.

On the Multi-level Facility (Car Park) in Onikan, the special adviser said the facility designed to accommodate 384 cars is a six floors edifice with offices and two banquet rooms.

“It has an auditorium sitting 800 guest complete with Elevator, Fire Alarm system, Cctv and a mini grid Solar Power system. The project is currently at 83% completion,” she added.

On the proposed 4th Mainland Bridge, Adeyoye said the bridge project had been in the pipe-works for about 20 years and intended to provide a useful additional link between the Lagos Mainland [Ikorodu] and the Eti-Osa corridor.

She said, “The project procurement process has commenced with the successful completion of the Expression of Interest (EoI) Stage, which had 52 proponents/Bidders show interest and 32 compliant responses. The Request for Qualification (RFQ) stage is nearing completion, and this is expected to lead to the next stage, which is “Request for Proposal” (RFP) stage,” she stated.